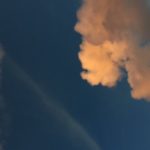 Cloud computing is a fantastic development. Consuming IT resources and services over the wire, adding efficiency, the ability to have business needs conversations rather than technology ones is very appealing and as a result, we see adoption and usage skyrocketing.

The problem is that over the past few years, organizations have seen the cloud as an EXTERNAL component of their IT infrastructure. People tend to think of cloud as a replacement for corporate IT. That should not be the case.

How many companies use Salesforce.com? Anyone ever questions where the system that contains all client names, sales activities and many other critical information sit? I don’t think so, at least not at this point. People just use it.

I believe that by the end of 2016, people will not talk about cloud computing anymore. At least not as it is viewed today. IaaS, PaaS, and SaaS will stop being considered as an EXTERNAL component of IT. Cloud adoption has reached a tipping point where cloud is starting to be easily seen as another node of INTERNAL corporate IT. The cloud should be seen as an extension of the IT organization’s capabilities.

Just like people have systems running in different servers installed in different racks in the same datacenter, by the end of next year, utilizing cloud resources will be so commonplace that no one will think of it as “oh my God, we need to migrate to the cloud.” There will be no “cloud migrations” anymore.

This system will be installed in rack A. This other one in rack B. The third system will be in rack C. It happens to be that rack C is from a cloud provider, so you won’t need to worry about purchasing servers, installing, configuring, etc. You use it and pay for it. You don’t use it, you don’t pay for it.

Let’s change the conversation from cloud adoption and cloud migration to a more productive one: how real-world IT, the one that suffers on a daily basis with issues like lack of resources, lack of people, depreciated equipment, etc… can truly benefit from extending their reach into the cloud rather than being replaced by the cloud.