Amazon has won the IaaS race. Does it matter? 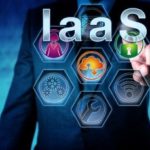 Amazon and Vmware have just announced that Vmware’s new cloud services will run on Amazon’s cloud (here). I went to IBM Edge in Vegas this year and didn’t hear so much about Softlayer as I had in previous years. Rackspace gave up trying to create their cloud and became a manager of clouds for clients. In 2014, Cisco announced $1.2 billion to create Intercloud to completely abandon this idea this year. Microsoft competes with Amazon, but if you look at the Gartner IaaS Magic Quadrant, as a far second place.

The question is: does it matter?

I don’t believe it matters. In December 2015 I wrote an article (here) stating that by the end of 2016 the cloud was going to be no more than another node of corporate IT, no big deal anymore. In September 2016, McKinsey released a survey with 800 CIOs where their report starts with: “the cloud debate is over”. Then, they go on to state that over the next three years enterprises will significantly shift from building IT to consuming ITaaS (here).

In the survey, they have identified dedicated private cloud and virtual private cloud as the two prominent models in the next three years. This is the old trend of delivery of IT as a Service that started many years ago coming to fruition. This is the old Hosting but now in virtual modality. Again, cloud, hosting, ITaaS, traditional IT, are all different platforms of the Swiss army knife of IT tools. Not “everything is going to move to the cloud.”

When workloads are running 100% of the time as most corporate IT systems are, the consumption model becomes irrelevant and expensive with so many extra fees that are incurred. AWS has won the public IaaS. The need for regional IaaS and private (on-premises or hosted) remains.

Many enterprise clients are still not confident they have the skills to adopt or integrate (not migrate) cloud into their day-to-day. By not focusing so much on trying to push Softlayer, but truly directing clients to a hybrid infrastructure, IBM will be able to effectively add a lot more value for corporations than trying to shove Softlayer down people’s throats.

With Windows Server 2016, released for general availability on October 12, 2016, Microsoft will make it a lot simpler to create hybrid clouds.

This is where CWBusiness plays a very important role for our clients. We have never focused on delivering public clouds to our clients, but have always strongly supported adoption of an ITaaS model. Almost all enterprises use different platforms, such as:  Windows, Linux, Oracle, IBM (AIX and AS400), etc. The public cloud cannot support all of these. However, the ITaaS model we have been successfully delivering for over 400 clients and quickly growing, can. In an integrated fashion.

ITaaS adoption still faces many challenges: latency, security, and data sovereignty are three of the many issues bewildering IT folks. Clients need help, they don’t need a user ID and password on a website.

Latency is a matter of physics. The light in the fiber optic cables cannot travel faster than 300,000,000 m/s. If your cloud datacenter is on the other side of the world, it will take longer for the data to traffic to and back. Also, if you are using VPNs on the public Internet as your connectivity for the cloud, you are doing it wrong.

The public Internet was not made to deliver performance, but to work even in the absence of a major site. Packets of information travel through different routes and are not guaranteed to arrive at the same time. There is no assurance that they will all even reach their destination. If you need performance, as most corporate systems do, you should be using MPLS connectivity to your ITaaS. No pure cloud provider can provide that. They can allow you to purchase an MPLS link from a telecom provider and connect to their cloud. Often for extra fees. None of them can deliver a completely integrated, end-to-end solution.

Everybody thinks that security is important. And it is. However, most companies (and government organizations for that matter) do NOT have enough financial and technical resources to properly deal with security. The cloud is not unsecure. Most serious players invest a lot more money in security than the vast majority of their clients can. Most serious cloud players have a lot more technical resources monitoring traffic and potential security incidents 24 x 7 than most companies do.

If your organization is under data sovereignty regulations, what to do? One of the options is to build a dedicated private cloud on clients’ premises for regulated information. This dedicated private cloud can be managed and operated by your technology partner that is able to deliver end-to-end solutions. Non-regulated information can live on the partner’s remote environment. Either in dedicated or virtual private environments.

Bottom line is AWS has won the IaaS race. However, there is a lot more to IT than IaaS. You should work with providers that not only treat you as a partner, not a website account but can also support your most varied telecom and IT needs by offering a menu of options that fit exactly your demands.